This will be a very different blog post from the ones I normally blog about. Today I won’t be talking about my recent session or how to make a dress.

Today, I’ll be talking about my chronic anemia and the causes for it.

Let’s go back to about six months ago when I started having major abdominal cramps even when I wasn’t due for my period. I would wake up with severe pain and had no idea why.

I kept wondering why if I didn’t have my period, I was experiencing such painful cramps. I hardly had cramps when I was younger so I assumed the fact that I’m almost 40, my body was gearing up for the inevitable menopause.

I kept putting going to the doctor off since I don’t really get sick and I figured the pain would go away on its own.

Well it didn’t. If anything, it got worse. At this point my mind is playing tricks on me and fear is starting to kick in. By nature we always think the worse whenever something isn’t right about our body. There’s also that little voice that tells us when something isn’t right.

The voice had gone on for a while, before I finally decided to listen to it. You see, we must always listen to our gut because it is never wrong!

I finally decided to go to the gynecologist and find out once in for all what was wrong with me.

It turns out I have three fibroids the size of a plum. That’s why the cramping has been so bad. It wasn’t so much because I’m getting old, lol.

They did an ultrasound to figure out the size and precise location. The doctor said that unless they got bigger, I didn’t need to remove them. Of course, even if they wanted me to remove them, I wasn’t going to make that decision right then and there.

When I went for the results, they asked me when was the last time I had a blood test and I said a while. So they took out some blood. Only good thing about that was that my blood is no longing coagulating like it had been ever since I had the stroke.

I asked the doc when would I find out the results and she said that unless something was wrong, I wouldn’t hear from them.

Unfortunately, I heard back from them the very next day! They called me early in the morning urging me to go to the ER to get a blood transfusion because my hemoglobin levels were at 4.9! She said that I was basically a walking corpse and lucky had not dropped dead.

It was obviously shocking to find out how sick I was. Heck, dying is more likely.

Although it was suggested to get a blood transfusion, I declined. I know blood transfusions save lives but it can also become a problem. Now, with this I’m not saying you shouldn’t get one if you really need it, but for me, it wasn’t what I wanted to do.

Our family doctor is one of the best holistic doctors in the U.S. so as soon as we learned about my condition, we contacted her.

She immediately sent me to do a complete blood test that will tell her exactly what was causing the anemia.

That’s when sh*t hit the fan for me.

It turns out that the mercury fillings I got when I was 14 have been slowly poisoning my body. The poison is now in my tissues which is causing my liver to overwork and I’m not digesting the food which is causing the weight loss. My protein levels are higher than they should be and thyroid isn’t doing it’s job.

She immediately suggested to get them out. Now this is where things might get controversial for some people.

Conventional dentists use chemicals that are harmful for us. So obviously as a holistic doctor, she recommended a holistic dentist. There is only one in the U.S. and one in Tijuana, MX. We’ll be going to the one in Mexico simply because I need one of my teeth removed and the replacement works best for me than the one suggested by the one here.

I have been in treatment for the last 5 and half months. I have been taking iron, magnesium, Omega 3 plus countless others to bring my blood levels up and detox my body from the mercury. But it hasn’t really worked. Until the fillings are removed, the healing is going to take longer and longer.

The last time I had a blood test, it had only gone from 4.9 to 5.4 which is obviously still too low.

And as if things weren’t bad enough, I also develop a breast infection two months ago. This was the third time it happened.

The first time was during the 2016 Christmas. I was wearing a wire bra that somehow caught parts of my breast squeezing it to the point that it swolled up three times its size. I had a fever and massive pain. Needless to say my Xmas sucked, lol.

I went to the ER and they said that it was abcess(whatever that meant) and that the swelling would go away on its own. It took about a week to feel better but I did get better.

Then last year it happened again without the bra issue but it didn’t get bad.

But two months ago, I woke up with a lot of pain on my areola. It was as hard as a rock. As the day went on, the swelling increased and I had a huge lump on my breast. Again I had a fever and couldn’t even stand from the pain.

This time it was ten times worse that the first time and I was freaking out. My consolation was that they say that when you have breast cancer there’s no pain and boy was I in pain!

I waited to see if the swelling would go down on its own, but it didn’t.

I ended up going to the ER four days later and basically it was a waste of time because all they did was give me antibiotics. Which didn’t do anything.

They said to go back three days later and to schedule a mammogram to which I did neither. I opted for a whole body thermogram instead. I went to this fantastic place in North Wales, PA and I was blown away!

What Is Whole Body Thermography?

Unlike other methods of thermography based upon infrared sensors, Whole Body Thermography measures the skin-surface temperature, inputting 119 data-points to a computer memory, which your practitioner then interprets.

It wasn’t cancer, I was obviously happy it wasn’t(which honestly I was praying really hard it wasn’t) but that left the question what was causing it.

The practitioner told me that the breast infections were also due to the mercury in my mouth. WHAT!? I wasn’t really shocked since everything else wrong was caused by it. But it still surprised me. I still have the lump but it’s not as big or painful as it was before. At least both breasts are the same size again, lol.

The Road To Recovery

It is going to be a LONG and expensive road. But how much is my health worth? I plan on being around for my family for a very long time and I’ll do whatever is necessary to get better. I’m feeling and looking a lot better now. Before I looked like a zombie, lol.

This is me now 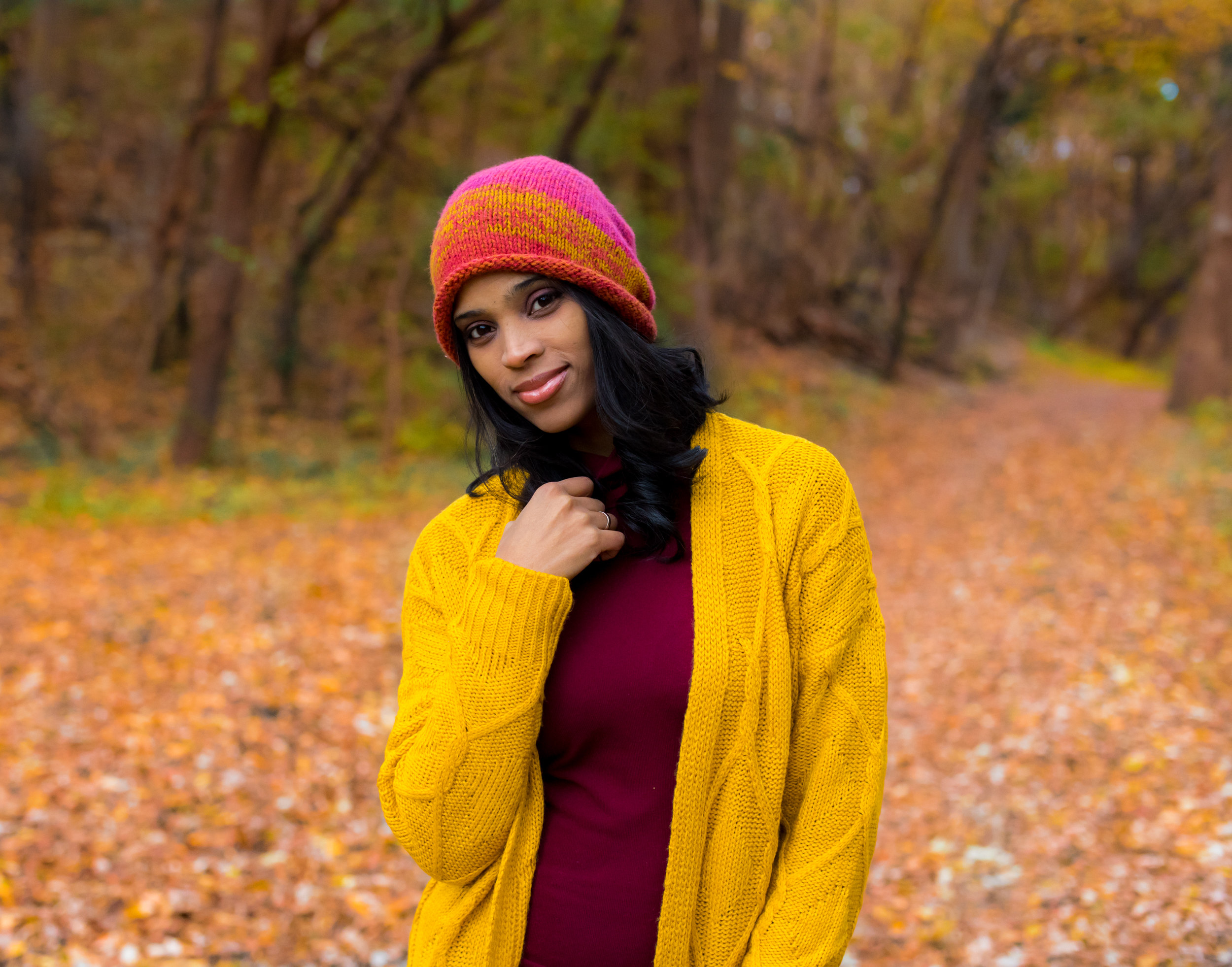 If you have mercury fillings, PLEASE, PLEASE get them removed. Those unknown ailments in your body might be caused by them.

I know it’s very expensive to go to Mexico but at least you know you’ll get them removed and refilled with the right ingredients that won’t affect your health.

I feel so lucky that I was able to find out what was wrong with me in time. And to think that it was kind of an accident since I went to the doctor because of abdominal pains.

My Advice To You

ALWAYS, always listen to your body. It knows you better than you know yourself. If you feel off for some reason you can’t explain, don’t discard it as being silly. There is no such thing a being silly when it comes to your well being!

You can find more information about my family doctor here, the dentist here and the thermography here. Not everyone can afford them, but it’s worth a try to get the right treatment.

I hope the next time I update this blog post is to give you the wonderful news that I’m completely healed.

Thanks for reading. See you soon.

Start the weekend with a fierce attitude. Model @a

They’re here!!! These robes are so beautiful! An

Surround yourself with people that bring your crea

I got to photograph a real life Black Barbie! This

One more of her. I can photograph her all day🥰

I absolutely love this light! It’s just so beaut

I can’t wait for the leaves to start turning but

I knew I wanted a dramatic edit for this shot. I u

Been a while since I shot my littlest princess in


Error: API requests are being delayed for this account. New posts will not be retrieved.